"I Have a Mother"

On Mother’s Day it is inevitable that we think of mother, one’s own but also of mothers in general. In Ramakrishna circles, it is equally inevitable to think of Holy Mother, as Sarada Devi is fondly known.  “I can’t contain myself when one draws near me and calls me mother,” she said.

More than twenty years ago, when I was in Chennai, I was asked by my monastic elders to go and assist in the Vedanta work in Boston. A retired professor who had taught in the West heard this and spoke with me. He painted a gloomy picture of life in the West and said to me in mock sympathy, “I am sorry that you have a bleak future ahead of you.” I could only smile. I hoped he was joking, although it didn’t feel like that then. I knew then, as I know now, that the power to smile in the face of so distressing a prophecy came from Holy Mother.

No matter the challenges and difficulties involved, innumerable people all over the world today are facing life boldly and smilingly, thanks to a dynamo of power that originated in the tiny village of Jayrambati in India in the middle of the 19th century. 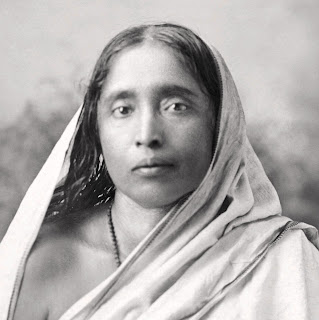 At first glance Holy Mother appears an unlikely figure to inspire courage, boldness, enterprise, determination—qualities generally associated with “manliness.” One might say that Vivekananda is the right person to inspire these qualities in others—and he does. But that is not the point here. The question is, how is a shy, self-effacing, uneducated village woman able to inspire these “manly” qualities?

The answer is that there is nothing specifically “manly” about being courageous, bold, enterprising, and determined, and there is nothing “womanly” in being the opposite. It is time we got over such outdated, gender-based and misleading classifications of the past. Vedanta students must try to transcend the male-female distinction and see every person as a “human being.” This is the non-negotiable starting point if we aspire to look even deeper and discover a divine being under the human cover.

As humans we need to meet the life’s challenges squarely and boldly, and Holy Mother shows us how to do it. When we read her life mindfully and meditate on it, we see an extraordinarily strong human being brimming with confidence, full of faith in herself and her ideal, and sure of what she was doing every moment of her life. What’s more, she makes us feel we too can be like her. It is not just a matter of feeling like that. We do imbibe Mother’s qualities when we become her children in the truest sense of the term.

How does that come about, this becoming her true child? Simply by doing what she wants us to do. In other words, becoming an obedient child. Obedience is not always a virtue and does not always produce salutary results. Much depends on to whom we are being obedient. There is no danger in being an obedient child of Holy Mother. We have everything to gain and nothing to lose except our ignorance, bondage and fear.

Those amongst us whose spiritual lives are influenced by the power and light of Ramakrishna’s wisdom are Holy Mother’s children. Ramakrishna himself was a Mother’s child. Not just Mother Kali’s but also Holy Mother’s. He said he saw no distinction between the Mother Kali worshiped in the temple, his biological mother Chandramani Devi, and his wife Sarada Devi. When asked how she looked upon Sri Ramakrishna, Holy Mother once admitted, “As my child.” Everyone who is associated with the Ramakrishna tradition is a Holy Mother’s child, because she is the mother that powers, preserves and guides the tradition.

The story of the Ramakrishna tradition is the story of sacrifice, courage, faith, dedication, devotion, and determination. It is the story of Holy Mother’s children, who are armed with her assurance: “Do not fear, my child. Always remember that the Master (Sri Ramakrishna) is behind you. I am also with you. As long as you remember me, your mother, why should you be frightened? … Whoever has come here, whoever is my child, is already redeemed. Destiny dare not throw my children into hell. Free yourself from all anxiety by entrusting your future to me. … Never fear. Whenever you are in distress, just say to yourself: ‘I have a mother.’”

“I have a mother” is a mantra not just for the children in distress. It is for all of Mother’s children and for all occasions. Holy Mother makes everything possible. She really does it all by herself, but she likes to make her children feel she gets everything done through them. Her children know this. So they remain free from anxiety, jealousy, pride and hatred. Freedom from these fills them with love and understanding, peace and joy. In whatever they think, whatever they say, whatever they do, they never forget the mantra: “I have a mother.”

That helps. Every time we remember “I have a mother,” we hear Mother saying, “You are my child." 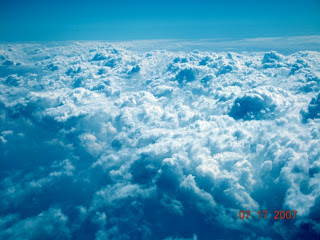 Life Above the Clouds 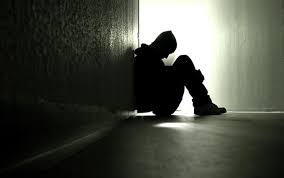